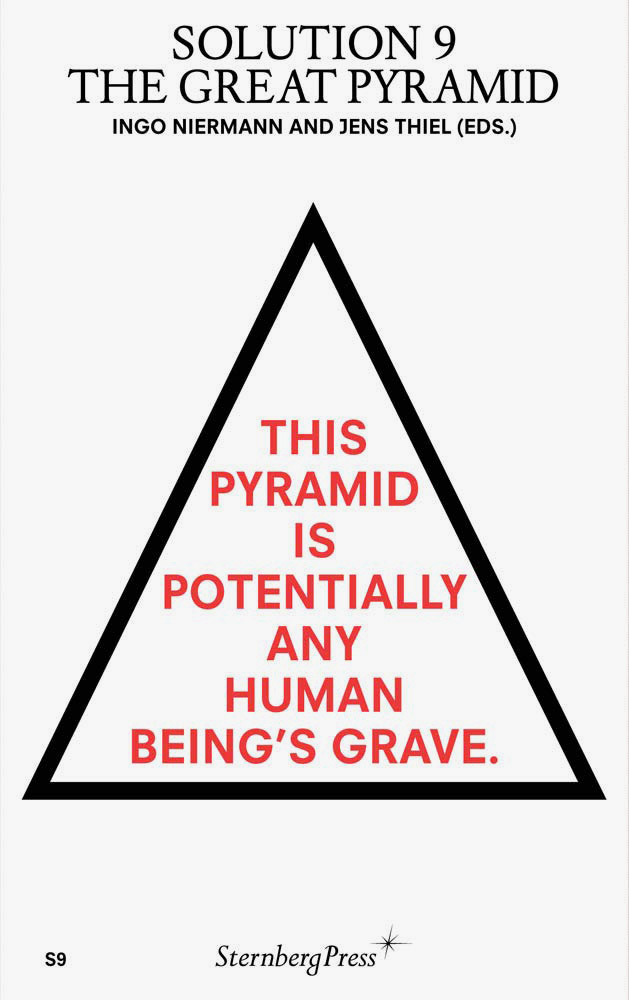 thegreatpyramid.de
“German entrepreneurs are planning to outstrip the ancient Egyptians by building the world’s largest pyramid on a derelict site in eastern Germany – which they claim will eventually contain the remains of millions of people in concrete burial blocks.”
Tony Paterson, The Independent
“The mother of all pyramids will be constructed in Germany to become the biggest necropolis in the world.”
Paolo Emilio Petrillo, La Stampa
“We are Pharaoh”
Financial Times Deutschland
“If the team behind it is successful, its members will be rich beyond the wildest dreams of even the most ambitious pharaoh.”
Bojan Pancevski, The Sunday Telegraph
“Millions of people will buy these bricks?”
BBC World Service
“Ingo Niermann doesn’t look like a guy offering tear-the-door-down business ideas for the Internet age. In the first moment he appears almost sheepish, and when asked how it all began he mulls it over as if it had to do with implementing his master’s thesis. But the project takes on somewhat bigger dimensions.”
Harry Nutt, Frankfurter Rundschau
“Imagine if Borges, rather than writing ‘The Babylon Lottery’, had persuaded Argentinia’s National Gamling Commission to set up an über-lottery and then simply documented the results, and you get an idea of what is going on with Solution 9.”
Tom McCarthy, Artforum